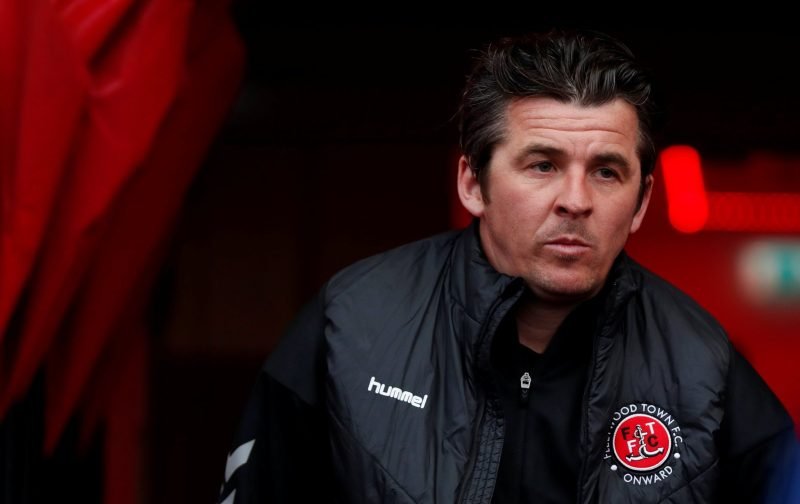 A few Newcastle fans have been sharing their thoughts on the prospect of hiring former United ace Joey Barton as our new manager, after the current Fleetwood Town gaffer indicated that he would be open to the role.

The 36-year-old has been occupying the Highbury Stadium dugout since last summer, when the Fishermen made the rather surprising move to offer the Manchester City product his first chance to test himself on the other side of the touchline, having spent the previous year banned from the game after breaching FA betting rules.

In 54 competitive fixtures in charge, Barton has overseen 19 wins, 13 draws and 22 loses, while penning a plus-one goal difference, after his League One side found the back of the net 80 times in the recent campaign across all competitions.

Much like his playing days, his time with Fleetwood has not been without controversy, as police stopped the one-time England international from leaving Barnsley’s Oakwell Stadium in April whilst they investigated the Huyton-born head coach for an alleged assault.

Barton is now preparing his Fishermen side for another campaign in the third-tier, but has told Sky Sports News, via quotes by the Chronicle, that he would find it hard to turn Newcastle down if we were to offer him a role at St James’ Park.

“It [Newcastle] is a phenomenal football club, but I am a young manager learning my trade,” Barton said. “I love everything I am doing at Fleetwood, there is a great group of players, great group of people I am working with.

“I am happy with where I am. I am learning and it is important that I continue to learn if I am going to fulfil my potential as a coach.

“If Newcastle ever come calling, for any manager by the way, it is tough [to say no]. But I am happy where I am. I do feel I need a period of time to really learn my trade. We [can] cross those bridges when we come to them.”

While his comments clearly say he would prefer to stay with Fleetwood for the time being, some Newcastle fans have been discussing whether we should make him that hard to refuse offer…

Sod it. Announce Joey Barton as the new #NUFC Head Coach. Let’s all have a laugh instead of a cry.

A wouldn’t mind joey me, he gets the club and what we’re going though. Plus Itl be interesting to read the reports at the end of August how he head butted Lee Charnley after failing to sign a single player joey requested

Let’s get the band back together. Nolan and lovenkrands as assistants. #nufc

I’m holding out for Kean-o.

Can’t believe I’m saying this but he has too much integrity.

Get him in short term, once he’s “dispatched” the fat cockney parasite we can all move on