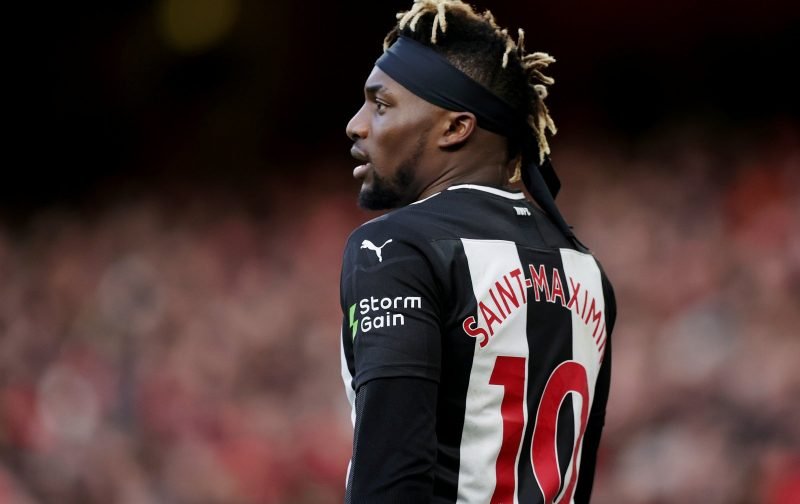 Some Newcastle United fans have been left fuming on social media after Steve Bruce revealed that Allan Saint-Maximin is a doubt to face West Bromwich Albion in the FA Cup on Tuesday night.

Bruce intends to name as strong a side as possible at the Hawthorns with 5,000 fans expected to make the journey down from Tyneside to the West Midlands, where the Magpies have won just once in our last five visits across all competitions.

United also lost our last FA Cup clash with the Baggies, coincidently also at the Hawthorns, with West Brom 4-2 winners in a Fourth Round encounter on January 23, 2010.

If Bruce is to continue our FA Cup record in the new decade unbeaten this week, he will likely have to do so without Saint-Maximin after the Frenchman developed pain in his back and hamstring.

“We will see how Maxi is,” Bruce noted, via quotes by the Chronicle. “He was sore in his hamstring area [after Saturday’s draw with Burnley].

“Everybody else is fine from the weekend.”

Should Bruce have risked ASM from the bench vs Burnley? 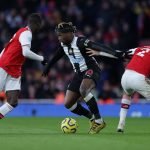 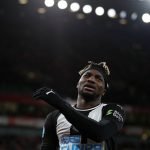 Bruce brought Saint-Maximin on for Joelinton 12 minutes from time on Saturday, having started the former France U21 international on the bench against Burnley.

Saint-Maxim had opened our three previous Premier League games, bringing his tally for top-flight starts so far this season to 14.

Now being kept out of action through a hamstring issue would be the summer arrival’s fourth of the season, having been forced off early against Tottenham last August before reaggravating the issue and later being ruled out over Christmas.

Why was he in the squad at all when Bruce fully knew that he wasn’t 100% fit last week?? #NUFC https://t.co/qU7wCw1Ysy

If he was struggling Saturday he shouldn’t have been on the bench !!!! Crazy management

Steve does like risking ASM when he’s got an injury before the game. Lucky he didn’t do more damage on Saturday!!! #nufc

Now see if our Club Training ground had a proper recovery centre. this type mess wouldn’t happen to players. After games players could come in recovery in the hot and cold pools ect.

Why did he risk him on Saturday, he’s learned nothing from last time he risked him

why did he play on Saturday when this injury was known before then? ridiculous