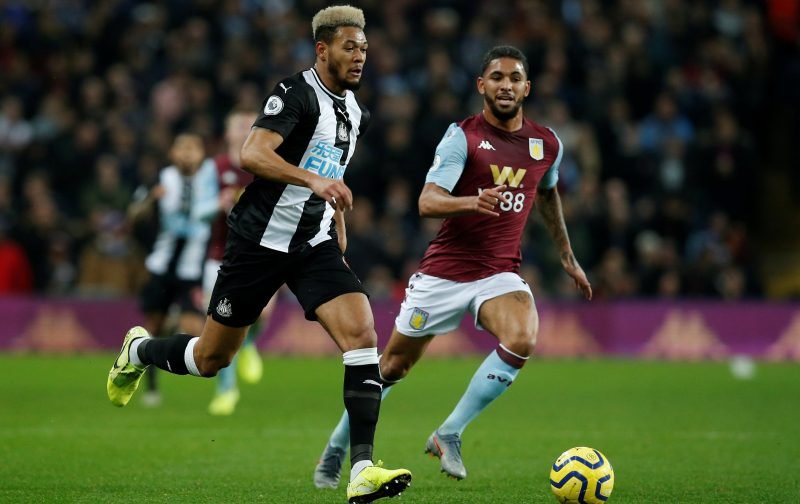 “They are starting to lose us points” – A lot of Newcastle United fans are disappointed to hear that Steve Bruce will be keeping the same front three.

Bruce confirmed in his press conference that he would be “persevering” with the Miguel Almiron, Joelinton, and Allan Saint-Maximin despite only one goal and one assist from them all season.

Both Joelinton and Almiron were poor on Monday night and offered no threat at all, but in the previous two-games, despite not scoring or assisting, they were dangerous and created chances.

Saint-Maximin has been the only one, though, who is a consistent threat, and against a team like Manchester City, his pace and ability could exploit their vulnerable defence.

Some fans are annoyed, but I think Bruce has made the right call because, at the moment, the options off the bench aren’t good enough to warrant replacing any of the front three.

Would you persist with the same front three?

Yes, they will come good 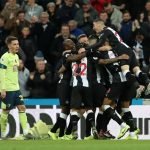 No, it is time for a change 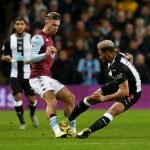 These Newcastle fans, though, are annoyed with Bruce’s decision.

Steve Bruce says he’ll persevere with the mid-firing front 3 of Almiron, Joelinton & Saint-Maximin for tomorrow’s match with Man City, insisting he’s happy with what they’re bringing to the team despite their lack of goals #NUFC

1 goal and 0 assists between them.

What are they bringing if it’s not goals? It’s a front 3 of attackers

ASM is the only one who literally offers ANYTHING

I get bruce backing our attackers but they are starting to lose us points and and our defenders cant score goals and save us every single week!

Beat 2-0 off Villa, and he’s happy with it?!? So if they’re not bringing goals what is it they’re bringing, because it’s certainly not defensive back up

Even joselu was better than almiron..