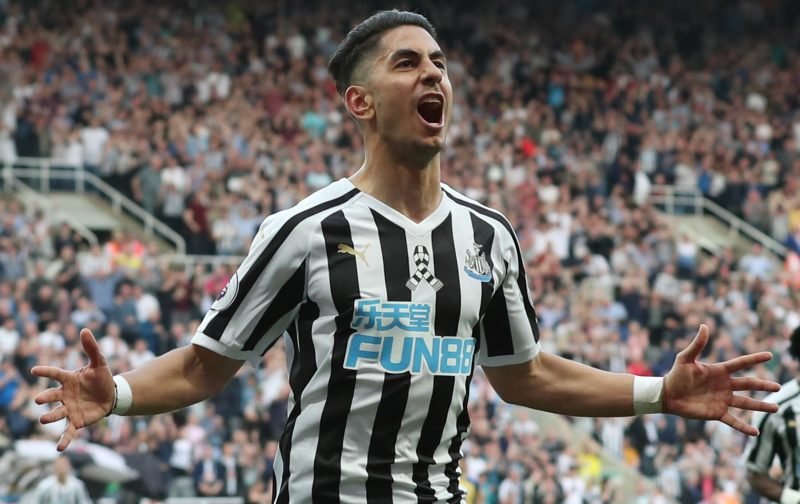 There have been many rumours of players potentially joining Newcastle this summer, and just as many suggesting some could leave St James’ Park. But one that has stuck more than most is the uncertainty surrounding Ayoze Perez’s future with the Magpies.

The Spaniard has never hidden his desires to one day return to Spain, having left his native country for Tyneside in 2014 when he moved here from CD Tenerife. And given how well he performed under Rafa Benitez since the turn of the year, the chance may be there for the 25-year-old to move back home in the coming weeks, as Perez is not short of potential suitors.

Interest has been reported in Italy with Napoli, Inter Milan, Atletico Madrid, Valencia and Tottenham Hotspur all linked with the Benitez regular, and it was even suggested Spurs had placed a €28million (£24.9m) offer on the table.

Mauricio Pochettino’s North London rivals Arsenal were then increasingly linked with Perez, when it was suggested the former Spain U21 international would ‘jump at the chance’ to join the Gunners, in a move that would set the Emirates Stadium natives back between £10m and £15million.

Now, the side Perez is supposedly keen to join is Valencia, as Cope Radio understand the UEFA Europa League Semi-Finalists have reached out to InterLex Sport – the group who represent Perez – to see if the forward is interested in a move to the Mestalla.

Their proposal is understood to have been passed on to our 17-goal star (13 scored, four assists in all competitions during the 2018/19 season), to which he said he would be ‘delighted’ at the possibility of joining Los Ches.

Cope Radio do not suggest how much Marcelino’s side would be willing to offer us for Perez, however, or if there has even been any direct contact between the two clubs.