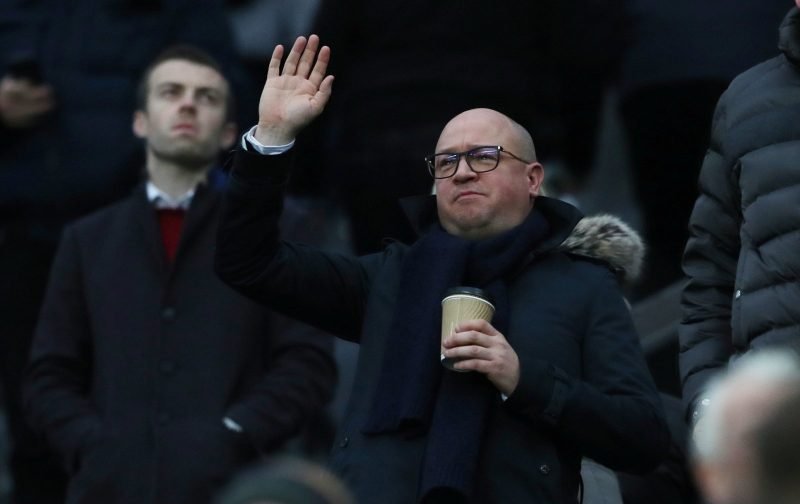 The U19 Republic of Ireland international was released by Southampton at the end of the recent Premier League season, and is yet to join a new side amid speculated interest from the Magpies, Crystal Palace, Birmingham City and Reading.

Aston Villa were also understood to be chasing the 19-year-old earlier in the summer, but have pulled out of the running amid a spending spree which has seen Dean Smith’s newly-promoted side splash more than £110million.

Unnamed outfits in Spain and Ireland are also thought to be interested, but Palace are seen as the leading side at present, as Roy Hodgson is on the search for new options to solve his concerns over the Eagles’ attack.

A rival offer from Newcastle could see the 7-cap U19 international become the club’s third youth signing on the back of acquiring former Chelsea midfielder Kyle Scott and Bolton Wanderers ‘keeper Jake Turner.

Doing so would also provide Elias Sorensen with added competition for minutes in the Under 23s, although Afolabi’s track record would suggest he would not be an improvement.

In 73 junior games for the Saints across the Premier League 2, EFL Trophy, FA Youth Cup and U18 Premier League, the Dublin-born striker has only netted 16 goals – while being credited with eight assists – enough for a minute per goal ratio of one every 299 minutes.

Sorensen, on the other hand, has 12 goals to his name from 17 appearances in the Premier League 2, and has struck the back of the net four times in five EFL Trophy ties.

The Denmark youth international’s record is enough for a minute per goal ratio of one every 106 minutes – including his two outings in the PL2 Play-Offs and his brief loan spell with Blackpool where he featured for 32 minutes.

What’s wrong with #NUFC if Southampton do ‘t want him why should we, or is it just another example of doing things on the cheap ????

And I’m sure charnley will also screw this up stating the deal was just to expensive.

Him and Carroll our next signings and our last ones

I dont think Charnley has it in him to get this snywhere near completed going off hos currentvtrack record. What happened to all the ground worknon signings being done before a new msnager came in??? 1 first team signing club is a joke #ashleyandcharnleyout

Only Newcastle can go from Mbappe to Jonathan Afolabi in less than 6 months!!!

Perfect for our current budget. But probably still too expensive for MA ????

I knew it would come to this.Ashley is going to pocket the cash.

NUFC – ‘It’s all about improving the club, not settling for just surviving’

The deadest of the dead wood.