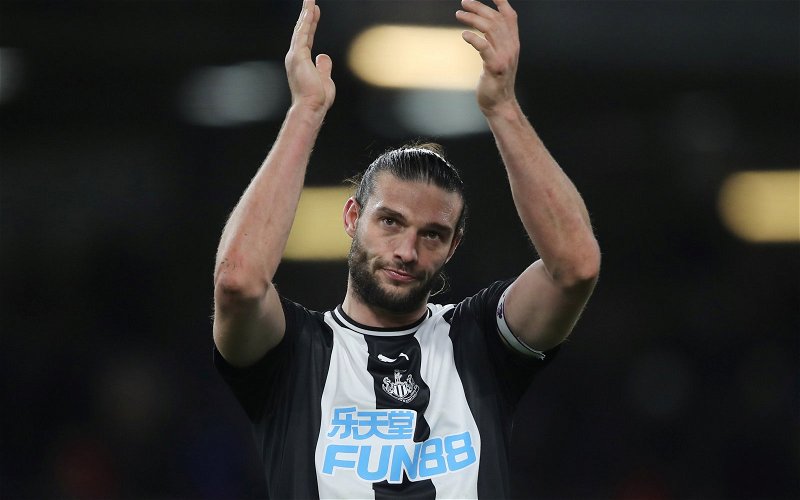 The Premier League publishing a list of players set for release featuring Andy Carroll may have been premature if reports are to be believed.

A fresh twist in the saga suggests that the ageing forward could yet sign a one-year extension on Tyneside.

Carroll, 30, has supposedly been offered a fresh deal with his hometown club and he is apparently pondering his next move.

He is on a heavily incentivised deal with big onus on bonuses for appearances and goals etc. And as Carroll has struggled for either during his second spell at the club, it wouldn’t surprise me if he chose to leave for a second time in the hunt of more minutes on the pitch.

Despite his lack of influence on the pitch, Carroll is reportedly a big influence in the dressing room but even with that being said, resigning him for year makes very little sense to me.

Nobody wanted Andy Carroll’s second stint at the club to be a success more than me, but we have to face up to the fact that it has simply been a waste of time.

He is not the player he once was and with just one goal to show for two seasons, now is surely the time to wave goodbye for good.

The report in the Chronicle states that negotiations are set to continue in the next month.

Of course, it would be a cost-effective move but there are surely better options available.

Josh King became available on a free recently following his release from Goodison Park and he would be a much more useful back up option to have than the former Liverpool striker.

In a more similar mould to Carroll, Christian Benteke also looks like he could be available and with 10 Premier League goals to his name last term, represents a much better option for the Magpies.