Calm down: Almrion hasn’t been as good as Newcastle fans think – opinion 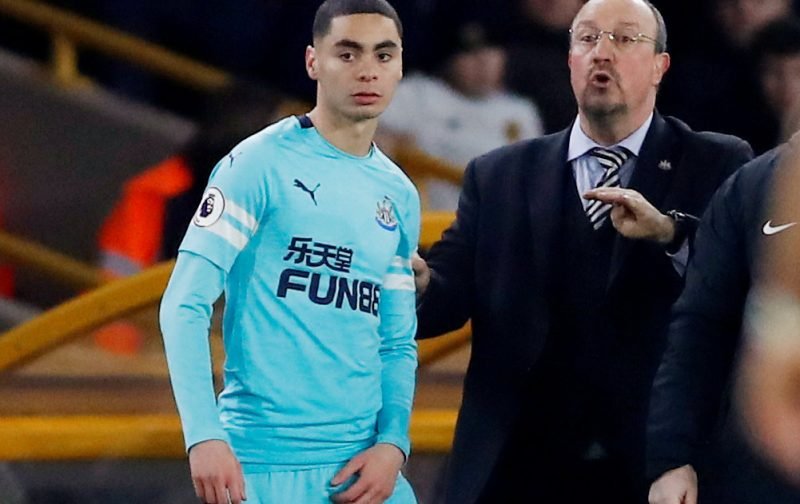 The arrival of Miguel Almiron was, of course, greeted with delight at Newcastle. After weeks of disappointment, Mike Ashley finally came through and dug into his pockets to sign a top talent, and that’s exactly what we’ve needed. He was tremendous in the MLS with Atlanta United, and the prospect of him coming to the Premier League was exciting.

And for the most part, he’s been good. He’s shown flashes of skill and quality, whilst his work rate has been exemplary too. However, whilst he’s already popular at Newcastle, does he have more to prove?

In truth, the only game in which Almiron has looked overly impressive was against Huddersfield. There, during an 81-minute spell on the field, he passed well, dictated the game, and he was a focal point for the Magpies. And that was a great start.

However, since then, he’s not taken any of his games by the horns, and he’s certainly not been the fundamental player in any of our wins.

It says a lot that, after 5 games, the Paraguayan doesn’t have a single goal or assist in the Premier League. That’s fine, because he’s still adjusting, but to suggest that he’s been revolutionary at St. James’ Park would be pure fantasy.

Certainly, Almiron has been a decent signing. He’s added a fresh face and some much-needed energy, and in time, we’re expecting him to get even better. From next season, in fact, we’ll be expecting him to become our focal point.

However, so far? He hasn’t done anything brilliant to signify that he’s the next best thing in England. Maybe we’ll be proven wrong this weekend.