Blast From The Past Shows How Far NUFC Have Fallen 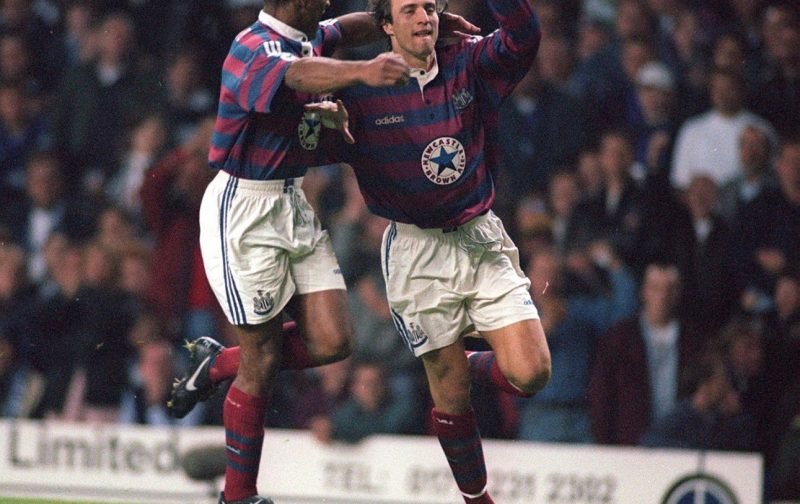 While Newcastle United released pictures of the away strip for the forthcoming 2018/19 premier league season last week, it’s announcement brought a differing reaction.

There’s no getting away from the fact that the maroon and blue hooped effort (shown below being modelled by Kenedy) that is reminiscent of the ‘entertainers’ side’s kit of the fantastic Kevin Keegan led era of the 90’s is a thing of beauty but the similarities end there.

As a football club and under the non-existent ambitions of Mike Ashley, we’re a million miles away from 1995.

Back then we had an owner that allowed Keegan to express himself in selling the fanbase a dream of how big the club was and what it could achieve in world football with world record transfer fees for Alan Shearer and champions league wins over Barcelona and Juventus following on soon after to prove the point.  We were big spenders and ambitious sorts that weren’t afraid to say so.

Now and with a whole generation missing out on what we were actually all about, we have controlled expectation levels and force-fed ideas that we just can’t compete anymore. All this when the money for being in this league is astronomical, to say the least. As it is, the new away kit serves as both a reminder and awakening of how things could and should be.