“I can feel the ambition” – €10m ace keen to join Newcastle and bring success to St. James’ 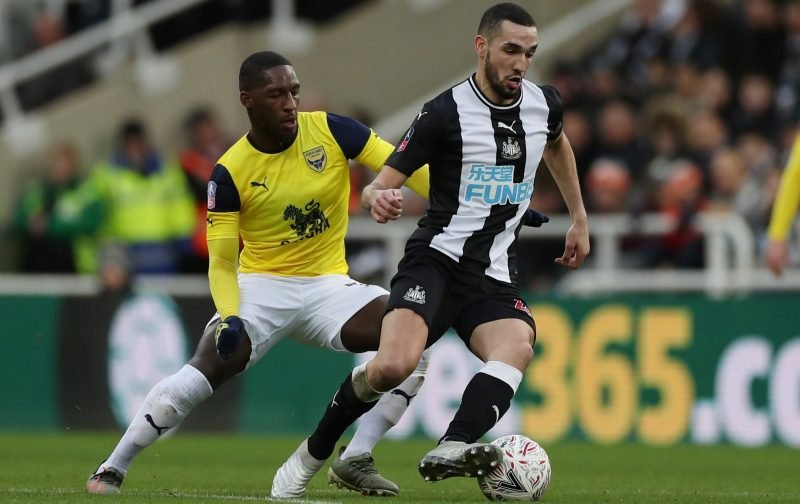 FC Schalke 04 midfielder Nabil Bentaleb is keen to see his temporary spell with Newcastle United turned permanent in the summer, and to bring success to St. James’ Park.

Bentaleb signed a half-season deal with the Toon last week and joined the club as Steve Bruce’s first signing of the winter window, and was soon awarded his Magpies debut as a starting member of the side which drew 0-0 with Oxford United in the FA Cup on Saturday.

The 25-year-old had not played any senior football this season before his outing at home to the U’s, having been shunned from the first-team scene at Schalke after a behind-the-scenes row.

Newcastle agreed an option to buy clause with Die Konigsblauen during negotiations over Bentaleb’s future, which could see the 35-cap international secure his desired permanent switch for €10million (£8.4m) at the end of the season.

Bentaleb revealed that he has desires of wearing our Black and White jersey for the ‘long term’ when speaking after Saturday’s goalless draw with Oxford, and hopes that he can bring something to the North East that fans can celebrate.

“I want to be here next season, for the long term, not just this season,” Bentaleb told the Shields Gazette. “I feel like I have the same ambitions as the club, and I want to be part of this club.”

Will Bentaleb help bring a trophy to St. James' Park? 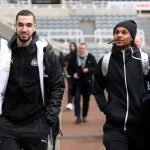 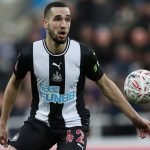 Bentaleb added that he can already feel the ambition of the Toon to achieve success in his short time in the North East, and will treat the FA Cup Fourth Round Replay with Oxford as a cup final.

“It was my first time back in England against a League One team, and, for them, this was their cup final,” the Algerian noted. “Now, we go to Oxford and it’s going to be our cup final. We’ll fight and be strong, and that’s what you have to do every game in England.

“I can feel the ambition of this club from the players to the supporters to the directors, and that’s really important for me. It’s not enough just to pick up points, I want a club that plays good football and have a real aim. Everyone’s pulling in the same direction.”

Having played absolutely no first-team football this season, Bentaleb was naturally rusty at the weekend, but the former Tottenham Hotspur man did display flashes of the talent which saw him secure a £17m move to Schalke in 2017.

He will need to do more than display flashes of brilliance to see United trigger our €10m option to buy clause, though his Toon career could have got off to a far worse start than it did on Saturday.

Bruce fielding Bentaleb in the starting line-up again when we host Norwich City on Saturday will be a huge show of confidence by the boss, and the Algerian repaying that faith by helping the club to secure revenge for the horrific 3-1 defeat at Carrow Road will do wonders in getting the fanbase on side, as well.

In other Newcastle United news, the club aim to rival a Champions League side for the signature of a €40m striker.