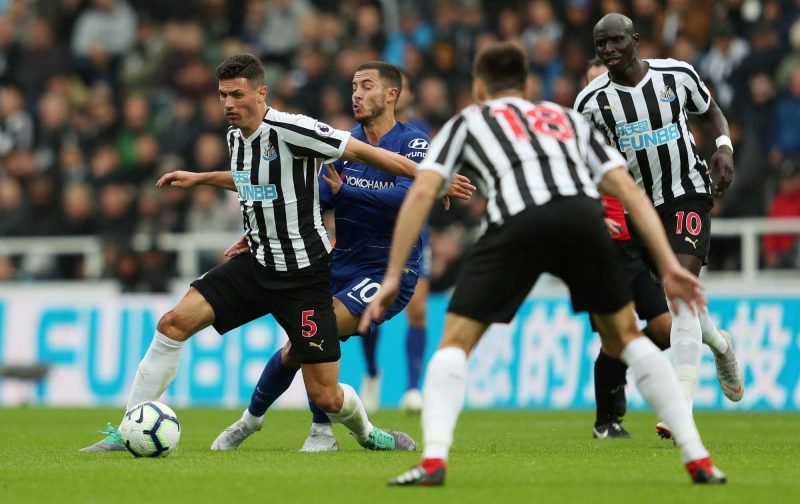 In a strong defensive performance by the Newcastle United lads in last night’s Premier League clash with Everton at Goodison Park, the away faithful had one man, in particular, to thank when it came to us taking a point from the tie.

Despite the hosts dominating possession and chances on the day, centre-half Fabian Schar’s own stock continues to rise at the club with consistent performances in the backline, and last night was no different as he made his fourth straight start for manager Rafa Benitez.

Whilst the 26-year-old Switzerland international stole the show for many fans, Jamaal Lascelles and Federico Fernandez in the back three deserve special mention as well for restricting Everton’s actual efforts on target on the night.

Taking to social media both during and following the performance to praise his efforts, I guess the comments pretty much speak for themselves.

Schar is having an absolute blinder today. #nufc

Imagine a team with Lejuene and Schar in it – two defenders with a laser guided pass on them! #nufc

Another absolute beauty of a pass from Schar – like watching Mike Williamson.

Long may it continue as he clearly has a massive role to play in what we all hope will be further improvements as the end of the season slowly edges nearer.