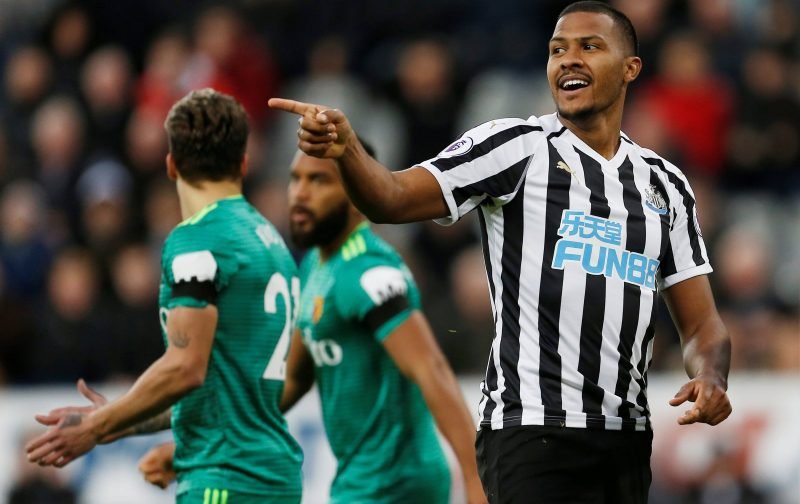 It can sometimes take a player a few months to settle at a new club. Having to get used to a new team, environment and manager is never easy, but some players do find it tougher than others.

However, one man that has taken to life at Newcastle like a duck to water is Salomon Rondon. Rondon is currently on loan from West Brom, and it’s fair to say that the attacker has really impressed at the club this term.

He’s offered goals – 10 in the league, to be exact – but that only tells part of the story. Indeed, with frequent high-pressing, dominant aerial ability and a constant drive to succeed, Rondon has emerged as one of our most important players.

In doing so, he’s also become a real favourite of the Newcastle faithful, and so unsurprisingly, his latest achievement has been well received by lots of fans online.

Newcastle United forward @salorondon23 has been named in the latest @EASPORTSFIFA Team of the Week.

Indeed, he’s recently been named in the FIFA Team of the Week, and it’s fair to say that lots of fans are very impressed. Most are calling for him to stay at the club long-term, as you’d expect. See below:

He needs to stay at Newcastle…..whatever the cost

Rafa has turn this bloke into a beast of a player

get him signed up

I wish I can be as happy as him

Get him in on a permanent deal! Very similar to Sir Les and with the right service could score a load more

Sign him up Ashley …. think of the difference he’ll make to our final position in the Premier League.