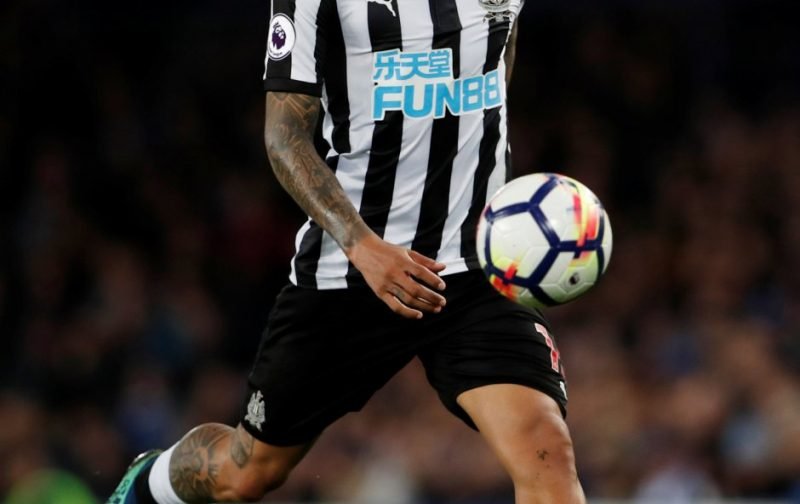 The Toon Army will be hoping Rafa Benitez, and his struggling Newcastle United side can continue where they left off seven days ago by adding another three Premier League points when they face Eddie Howe’s AFC Bournemouth on Saturday afternoon.

“Like Huddersfield, Newcastle picked up their first win of the season last week, which will have been a massive weight lifted off their players’ shoulders.

“The Magpies also get the chance to follow up that win against beatable opposition, and on home turf too.

“When I say “beatable,” I mean that as good as Bournemouth have been this season, it is not as though the Magpies are going away to play a top-four team.

“As a player, when you finally win a game after a long wait, it can change your mindset. I am not saying the Magpies are going to surge up the table, but this is a chance for Rafa Benitez’s side to carry on their momentum.”

“I’m covering this game on Soccer Saturday. It should be a good game after Newcastle’s great result last week. I fancied Watford, but they rode their luck and managed to get the result. Newcastle fans will be pleased to hear that I’m going for Bournemouth here. I went for Watford last week, and they won, they’ll be hoping for the same this week.

“There’s been talk of Callum Wilson going to Chelsea this week and, after earning his first England call, he’ll be buzzing, as will his team-mates who are scoring readily. What’s crazy is that despite going against them, Newcastle and Huddersfield could both get back-to-back wins. That would drag so many teams back into the relegation battle.”

Paul predicts a 2-0 victory in favour of the Cherries.

I’m going to sit on the fence and predict the game will finish goalless.