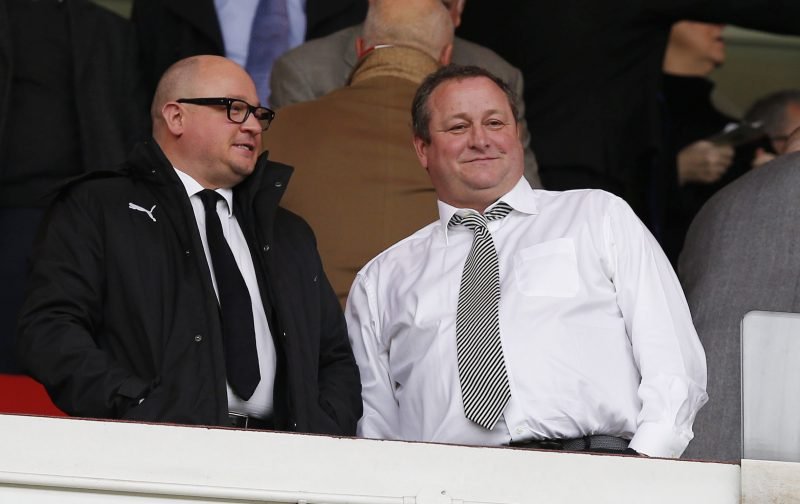 The string of errors Mike Ashley committed over the summer are finally set to make an impact at St James’ Park, after the Daily Mail claimed Newcastle United could record our lowest attendance of the Sports Direct owner’s era in the Carabao Cup tie with Leicester.

Around 20,000 seats are understood to still be on sale for the Second Round clash, even though large sections of the stadium – including the upper tiers of the Gallowgate and Milburn stands – are closed for Ayoze Perez’s potential return to Tyneside.

The club are even urging supporters to purchase tickets for the game through their social channels, with posts pleading for fans to snap them up at the reduced prices of £10 for adults and £5 for concessions.

If they are not sold, Newcastle are at risk of posting a lower attendance figure than the 15,805 who watched our FA Cup Third Round replay with Plymouth Argyle in January 2010.

Should that happen, it would just be a sign of the errors committed by Ashley over the summer finally catching up with the Sports Direct owner, with his appointment of Steve Bruce yet to wield a positive result in the Premier League.

The club allowing Rafa Benitez’s contract to lapse is still a topic of much frustration for corners of the St James’ Park faithful, as well, while many continue to be disgruntled at how Ashley is running United.

Fans turning their back on attending our cup tie with Leicester City will be a show of defiance against the owner, potentially much more substantial than shown in the curtain-raiser against Arsenal when large pockets of the stadium were left empty.