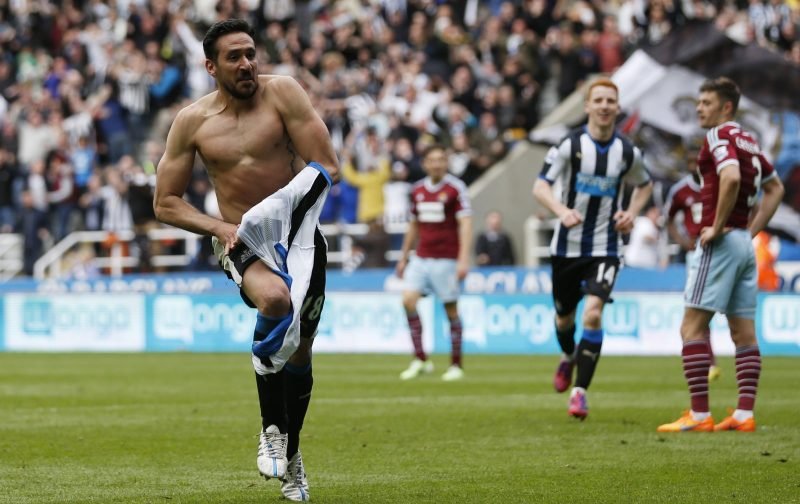 “Such beautiful memories” – A lot of Newcastle United fans are reminiscing over Jonas Gutierrez before Newcastle take on Wolverhampton Wanderers.

Newcastle posted an article on their official website about five wins over Wolves and Gutierrez featured strongly in the report, which led him to post a tweet about his time at Newcastle.

The Argentine winger developed a habit of scoring against Wolves during his time on Tyneside.

The first of his three was a curling strike from the edge of the area to wrap up a 4-1 rout of Mick McCarthy’s side.

The following season Gutierrez scored the winner in a 2-1 win for the Toon at Molineux.

The now 36-year-old embarked on a weaving run through Wolves’ defence before calmly slotting the ball into the far corner.

His final goal against Sunday’s opponents came in a 2-2 draw at St James’ Park, but it was an absolute blockbuster of a shot.

The ball dropped to Jonas, and he lashed in a superb 30-yard screamer into the top corner.

Jonas was a massive fan-favourite on Tyneside and battled his way through cancer to save Newcastle on the last day of the 2014-15 season before he was released just a week later.

Gutierrez, though, will always be loved in Newcastle.

Beautiful and pleasant memories. Many thanks to the @NUFC and all their supporters, always in my heart. We will meet soon // Hermosos y gratos recuerdos. Muchas gracias a @NUFC y sus simpatizantes. Siempre en mi corazón. Nos vemos. | #NUFC @premierleaguehttps://t.co/u4vPZtFTZ6 pic.twitter.com/x2pxQllSwg

We’ll never forget you either Jonas!

We’ll never forget you either, Jonas!

He’s our superhero playing down the left or right ⬛️⬜️????

@elgalgojonas you were one of the shining lights in what had been a dark period in #nufc history. You’re still in the hearts and minds of most Newcastle fans! Can’t wait for you to come home!

My favourite player of all time. A gentleman and a real role model. Thank you, Jonas.
Always a Geordie!