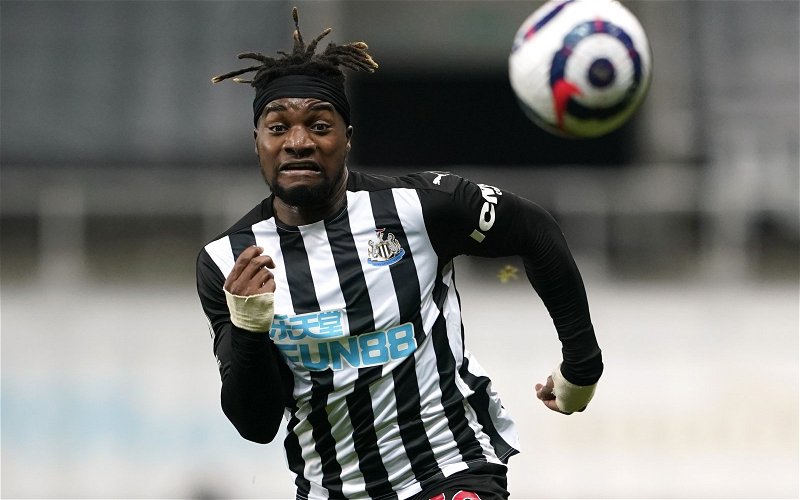 Newcastle United’s star player Allan Saint-Maximin has issued a telling message to the hierarchy at the club over what they need to do in the transfer market.

Saint-Maximin has been a tremendous signing and his obvious qualities have helped guide United to survival but it is clear that the Frenchman is not content with simply just fighting to stay in the division year after year.

He said as much in a recent interview he gave with TalkSPORT and he has made a similar sort of reference in relation to the potential signing of Joe Willock.

When speaking to Stadium Astro, the tricky winger said: “He (Joe Willock) deserves it because he’s an amazing player. He runs fast, he can score goals, he’s technical, he has good abilities so, for me, he’s a really good player.

“I think we need more players like him to be in the top 10 but that’s why when you bring a player like Willock in, even I feel more comfortable because he helps the team to play well, to draw, to win so its really important to have more players like Joe Willock in the team.”

Toon fans will agree with the sentiment shown by Saint-Maximin, with eight goals in his impressive loan spell, Willock would represent a rare showing of ambition by the hierarchy.

The price tag of Willock could be a stumbling block, especially due to the clubs limited budget due to the covid19 pandemic but it is this kind of signing that is likely to persuade Saint-Maximin to stay at the club.

Also, the idea of the Magpies competing in the top 10 seems a distant dream at the moment but if we were to surround the likes of Saint-Maximin with Joe Willock, we are genuinely not a million miles away from having a squad capable of competing in the middle of the Premier League table.