‘All winnable games’: Some Newcastle fans make bold predictions ahead of upcoming matches 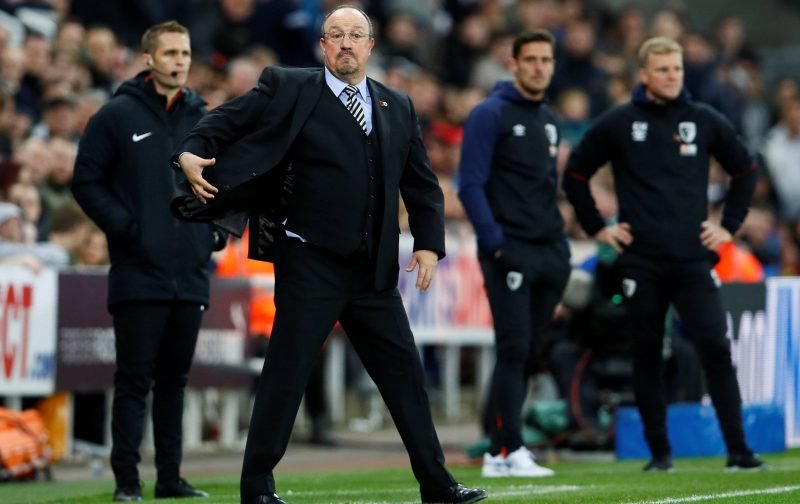 Newcastle United have provided themselves with a huge boost after winning back-to-back matches ahead of November’s international break.

The Magpies followed up their 1-0 victory over Watford last week, which brought an end to a 10-match winless run, with another victory at St. James’ Park as a brace from Salomon Rondon swept aside Bournemouth.

The festive season is right around the corner and Newcastle are preparing for the busiest time of the year on their football schedule, with eight games before now and Christmas Day – and fans have been giving their predictions.

Newcastle bring November to a close with a Monday night trip to Burnley before two games in five days, hosting West Ham and travelling to tackle Marco Silva’s Everton – then clashing with Wolves at St. James’ Park.

The run of six games finishes with two crucial ties with fellow relegation candidates Huddersfield and Fulham, with the latter being at home.

We have gathered some of the best predictions from Newcastle fans below.

At the very least we need 9

I would snatch your hand off for 10 points.

Id be happy with 9 or 10, but we usually go on a good run pretty much every season at this time, so i’m going to be optimistic and say 12

9 gets us to 18 and I’d have bitten your hand off for that two weeks ago.
Points obviously a priority but our GD looks pretty sweet too. Almost certainly worth a point if it’s tight at end of season.

All winnable games. Yes Everton away tricky one but we usually play well there. Be happy with 3wins n 3draws

13. Drawing with Burnley, Everton turning us over and the rest W’s.

From that list we should be able to get 18. I would take double figures and be happy