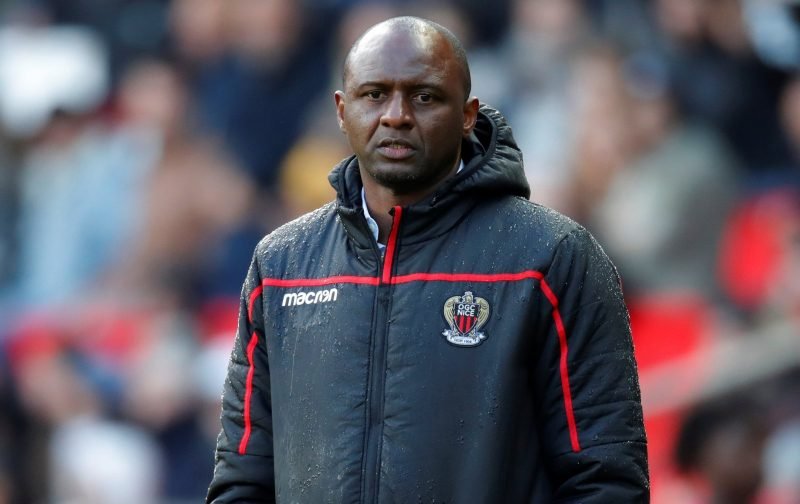 A few Newcastle supporters have been reacting on social media to a report by the Chronicle, which detailed what it would take for United to hire Arsenal icon Patrick Vieira as our new manager.

The Frenchman is currently in charge of Ligue 1 outfit OGC Nice following a stint in the MLS with New York City FC, but is thought to be in the running to succeed Rafa Benitez at St James’ Park following the Spaniard’s departure.

Vieira was also believed to be interested in taking charge on Tyneside four years ago, however, Magpies Managing Director Lee Charnley opted to hire Steve McClaren instead, as the former England boss held a better rapport with then Chief Scout Graham Carr.

Things did not work out with the Fulford-born head coach though, and we were soon on the search for a new gaffer, which led to Benitez’s arrival the following March.

But a failure by Charnley and Mike Ashley to give the former Liverpool and Real Madrid boss the guarantees he was after has led to the 59-year-old walking away, and we are on the search again, with Vieira’s name back in the running.

The 43-year-old has shown he is willing to take on a project through his time Stateside and in France, and the Chronicle add that he would have an expectation to utilise our academy if he were to take charge. Although, he would demand a high technical standard for the coaches working with our emerging talents.

Vieira has also indicated that he would like to remain working with Nice going forward, but a release clause in his contract becomes active should the Allianz Riviera natives change ownership, which they are in the process of doing with British entrepreneur Jim Ratcliffe looking to buy the club.

The level of compensation is not noted, however, and the club would have to agree personal terms with the 1998 World Cup winner, where Ashley and Charnley would have to show that they are willing to match his ambitions.

That could be problematic, though, as it is expected that whoever takes up the St James’ Park hot seat will have to accept a backseat role in the club’s transfer plans, with Head of Recruitment Steve Nickson anticipated to orchestrate most of our signings.

The duties of a head coach, rather than a manager, had caused some friction between Vieira, Charnley and Ashley when they met four years ago, too, with the former midfielder reluctant to agree to some of the terms laid out.

Nice guy and good player, but he’s managed a MLS side for two seasons and a mid table French club for one. So we’d be paying actual money to trade a Ferrari for a Volkswagen Golf.

With a résumé of the MLS and Ligue 1 and less than a 45% win ratio I’m thinking not a lot.

For Mike Ashley to sell up!

Past caring ,no matter who we get ,the FCB wont release the funds to succeed. No ambition

I’d rather he pulled a shirt on and played than managed !!