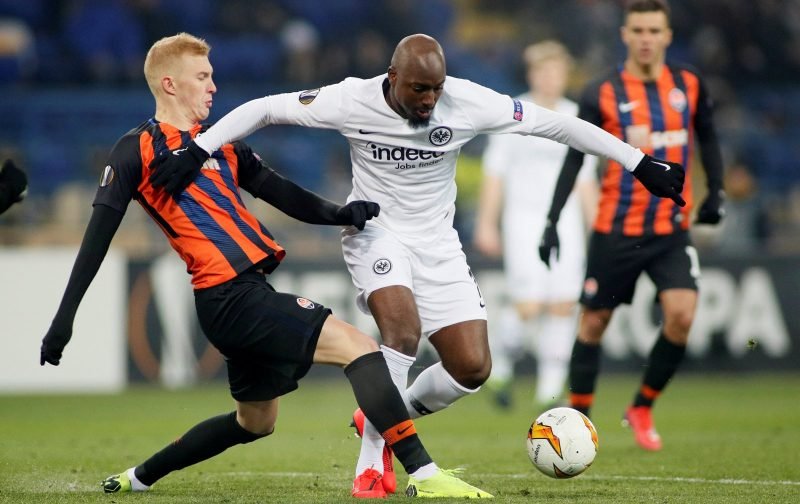 Jetro Willems has long been a target of Newcastle, but the Dutch defender has confirmed in an interview with VTBL that United are keen to make a move happen in 2019.

Bild in Germany have also ran a report on the 25-year-old’s future, and they claim the 22-cap former international will be made available for a transfer this summer as part of a clear out at Eintracht Frankfurt they expect to include several players.

Willems found minutes harder to come by in the recently concluded season as manager Adi Hutter decided to switch to a three-man backline, with Filip Kostic playing in a more advanced, wing-back role – where he starred as one of the side’s most important players.

The Berlin-based newspaper also claim they expect Willems to be destined for the Premier League, and only add that we, and the now Championship side Fulham, have been showing interest in making a move.

Bild, however, do note that the 5 ft 5 left-back has failed to live up to the expectations of his €4.5million (£3.9m) move from PSV Eindhoven back in July 2017, and his performances at the Commerzbank-Arena have failed even to justify that figure. And yet, TransferMarkt value Willems at £5.85million – as of December 18, 2018, although his market worth has been on the decline.

That does not seem to be putting off United chiefs this year, though, who were tipped to be chasing a new left-back over the weekend.

Throughout the Bundesliga season – which concluded on Saturday – Willems made 23 appearances, assisting one goal. The £32,569-a-week defender, as per Capology, also made eleven outings in the Europa League.

Helping Eintracht reach the Semi-Finals and a clash with Chelsea appears to be his final acts for Die Adler, however, as he did not feature in their final fixtures and has now confirmed our interest.

“There is interest from those clubs,” he told VTBL when asked about a potential move to either Newcastle or AS Roma.

We had shown an interest in signing Willems back during his PSV days, but opted against making a move in 2016, despite Chief Scout Graham Carr carrying out various checks, as he was still recovering from a knee injury.