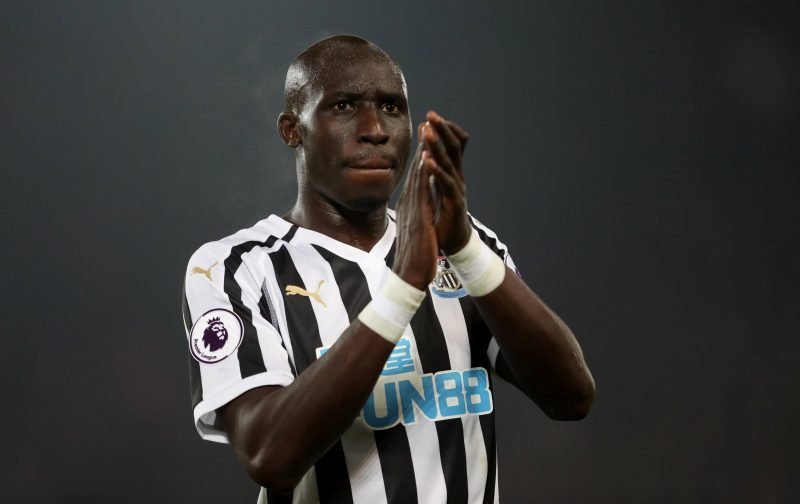 Mohamed Diame has enjoyed three years at St James’ Park since his arrival from Hull City in 2016, but the 31-year-old’s £45,000-a-week contract with United is set to expire on June 30.

As soon as July 1 rolls around, the central midfielder will be able to register with any side of his picking, and Fanatik have suggested that may be Super Lig outfit Fenerbahce.

The Turkish publication have reported that the Yellow Canaries have begun carrying out their transfer operations, and have their eyes set on strengthening Ersun Yanal’s squad with four additions capable of making the Sukru Saracoglu Stadium natives title challengers again.

The 2018/19 campaign has not been kind to Fenerbahce, with the Istanbul-based outfit currently holding a negative win/loss ratio in the league and sit in the bottom half of the table with four games remaining.

To reduce the gap, Tonny Vilhena, Asmir Begovic, Charles Kabore and Diame are all under consideration, and Fenerbahce Sporting Director Damien Comolli has already made contact with our midfielder.

It is noted that the discussions saw Comolli lay out the Yellow Canaries’ best offer, and that the talks were ‘very positive’. This was, however, just the first stage of negations.

Fenerbahce are also trying to reduce the €6million (£5.2m) fee Feyenoord are demanding for Vilhena, while Bournemouth are expected to ask for €7m (£6m) if an approach is made for Begovic.

In what could be Diame’s final season on Tyneside, the 35-cap former Senegal international made 29 appearances and failed to score or create a single goal.